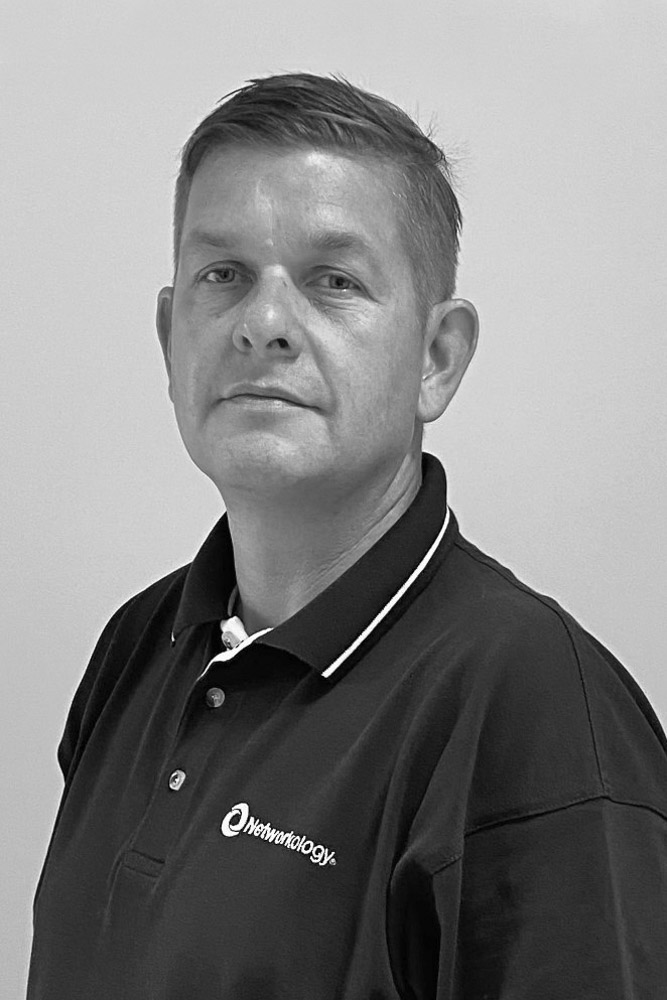 Stuart Ireland joined Networkology in May 2021 as a Commercial Manager. Responsible for managing several customer accounts and ensuring the more commercial aspects are in safe hands.

Stuart has over 30 years of experience in the IT sector. He started his career in the British Army’s Royal Corps of Signals in 1987. During his 23-year Signals career, he became an expert in delivering, installing and overseeing voice, data and cryptographic systems across several global theatres of operation.

After leaving the Army in 2010, Stuart entered the private sector working with several well-known companies, including Polycom, BroadSoft and Hutchinson Networks. He gained valuable product knowledge with IP voice and video conferencing systems and became well-versed in Wi-Fi technology, alongside becoming a business focussed sales leader.

Stuart is very used to working in fast-paced, high-pressure environments and is adept at scoping and delivering Professional Services whilst working with global partners to support them in various areas with a wide range of globally recognised hardware solutions and software suites.